About QA and My Assignments

Since I joined QA team about couples of years ago, the pattern of my life have been changed a little bit. I’ve become a traveler, or more a business trip-per. I work out-of-town more than in Jakarta, sometimes no work at all back in head quarter office. Last week could be in Medan, back to Jakarta for a week and then could be in Surabaya the next week. I probably stayed in hotel more often than my own home for the past 2 years. I go more places than before. People said that being auditor can offer you the most experiences of traveling (at Company’s cost, of course) than other any profession. Well, I guess they’re right. This has been kind of exited for me, for now. I’m not sure that I still have the same excitement after another one year doing like this. Until then, let’s just enjoy all the possibility offered by life.

Well, maybe I not yet been to so many places as others might been to. Or not to a places that so different than anybody else. But this has been enough to make me feel thankful. To open my eyes to many beautiful places in Indonesia, even abroad. And a little proud too. I mean some people are perhaps know Timbuktu better than let say, Guigang or Tanah Grogot (I was, 3 years ago). Now, I have chance to go there. And the amazing thing about it, I am not just go there as a tourist, I have a chance to feel what is it like to have a life like them, to live their life, something I always wanted so much for so long.

The job, the people I’ve met, the food, and of course, the beautiful pictures I’ve taken, which also can be viewed at http\\ajnatz.multiply.com. Ohya, about the job, I will tell you as little as possible so you don’t get boring too much, or not, cause I probably have nothing to say about the job. As one of my co-worker often said to me at 5 PM before we leaving the office, “another ‘hard’ working day” with a big grin coming out of his face.

I don’t really want to work here
I joined QA team 2 years ago, as I said in the beginning. I was offered to an accounting supervisor position by this local, seldom heard, not located at Sudirman, Thamrin or Kuningan-Company. I got a feeling that they will hire me, but I will refuse them at the very end of the recruitment process which could took a long time. So, this could be a waste of time, both for me and the Company. But, considering I am an unemployment at that time, with all respect to the karma, I come to the very first interview. Like I often said, if you refuse to answer the call of interview, you might not get one when the time you need them bad, that’s karma. So, I came.

The title “accounting supervisor” it self has frighten me. Supervisor? I’ve been an Assistant Manager before. And Accountant? My God, did I mentioned why I was unemployed at that time? Because I couldn’t stand being an accountant. Yes, I quit the job as Finance and Accounting Assistant Manager at an MNC (Multi National Company), everybody heard off, and located at Kuningan-Company after working there no longer than 2 months. I’m sick of accounting! But, as I said above, I came.

But maybe it’s true that this is my destiny. On my first interview, they change the offer to an internal audit, they call it QA here. QA = Quality Assurance, later change to Corporate Assurance but people still like to call it QA instead of CA. And at the very end of interview, they higher my position to become an assistant manager (ass-man ha ha), maybe because of the salary I asked is in that level.

It’s not really a team when I first stepped in the QA. Just two of us + one Senior Manager, an India. As soon as he leave us (resign from the Company), we prepared our schedule ourselves, developed the report, working paper and new way of work. Now, there are four of us in the team.

Me, Roy, Darwin in Jakarta and Agung located in Surabaya. None of us is head, and as a youngsters, we work in a fun way, as long as we can deliver what our boss, which is the owner of the Company, want. The Company has branches spread all over Indonesia from Medan to Bali. Also there are subsidiaries in Sumatera, Java, Sulawesi, even in GuangXi Province, South of China. Anywhere there’s a company owned by our boss, that’s where we assigned (ourselves) to. Below is the detail stories of each location I’ve been to.

There’s a branch and 4 subsidiaries here. Actually my boss’ business was started here from a small chemical store. During 2006, I spend more of my time in Surabaya than in Jakarta. I assigned to Surabaya more than my other assignments. That’s make Surabaya my second city, and Somerset hotel have been a second home for me. But actually, I’m not always work in Surabaya during the assignment, there’s a small city +- 60 KM from Surabaya called Pandaan, very near to Pasuruan, but I often stay at Somerset, a four star hotel located at Kupang Indah. From Jakarta to Pandaan through the highway is about 45 minutes. The highway across the location of Lumpur Lapindo, one of the nation disaster that haven’t been solved until today. I have been a witness of this big disaster from its very first day happen. When the smoke is still as small as rubbish burning. Now, the highway is closed. And the Lumpur Lapindo has become not only local news headline, but also international headline. I show you the picture taken from news and other picture taken by me :)

Now going there has took more than 45 minutes as before. Now could took me 2 hours, sometimes even worst, to get there from Surabaya. There is a period of time that I chose to stay at Hotel in Tretes, mountain range near Pandaan (only 30 minutes). I’d stay at Hotel Surya, owned by Gudang Garam. Old hotel, quite spooky there. But when you wake up in the morning you can smell the morning dew and feel the pleasant cool weather. 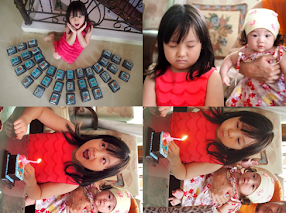 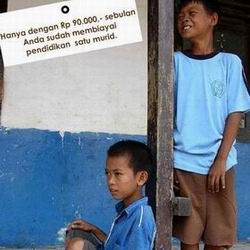 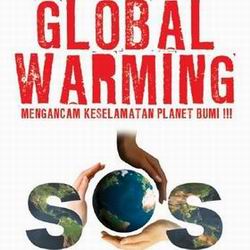 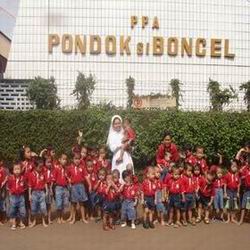